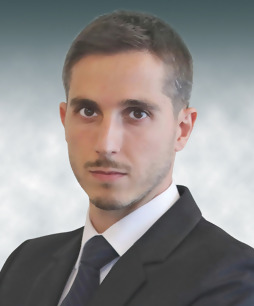 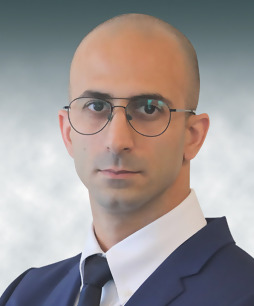 Elad Shaul, a graduate of the Tel Aviv District Attorney’s Office (Criminal) at the Ministry of Justice, along with a team of thoughtfully picked attorneys from government prosecution bodies, founded the Firm in 2015. The procedures and guidelines that apply to police officers, investigators, investigating officers, police prosecutors, and attorneys are well known to the Firm, and it uses this insight to protect the client’s rights and innocence.

The Firm’s work methods are strict, and ensure optimal monitoring, supervision and management of all cases that it handles. Every criminal, white-collar, cyber, administrative, or disciplinary case handled is scrutinized by at least two attorneys to ensure legal excellence and maximum success.

The Firm is in constant and personal contact with its clients, which are not considered as merely another case, but as people who are in trouble and need experienced, fair and attentive professionals!

Elad Shaul & Co. represents suspects and defendants in criminal proceedings, from the police investigation stage, through a pre-indictment hearing, the closing of conditional arrangements, and the management, and defense of an indictment in courts throughout Israel. Other cases handled by the Firm include fraud and deception offenses, domestic violence, sexual offenses, drugs, and violence. The criminal lawyers at Elad Shaul & Co. are experienced in criminal litigation representation in the courts and appear in judicial instances throughout the country. Alongside the representation of suspects and defendants, the Firm represents complainants, crime victims, and criminal offense victims. Inter alia, the Firm assists the client at a police station when filing a complaint, supervising and monitoring open investigation files, and taking a stand on the part of the client before the various police and prosecution bodies to ensure that the police afford full attention to the client’s complaint.

The Firm also deals with victims of computer crimes such as computer intrusion or burglary, personal data theft, including intimate photos and videos, distribution of intimate content without the subject’s consent, online sexual extortion, fraud, deception, and theft of funds via the Internet.

Adv. Elad Shaul has extensive endorsements and knowledge in computing and cyber, including endorsements by official government bodies in the United States and the European Union and the Israel Bar Association and accredited institutes for the protection of privacy and computer offenses.

The Firm has handled large and extremely complex cyber cases, including companies investigated on suspicion of hacking into competing companies, representation of cyber fighters from the Israel Defense Forces “Unit 8200” on suspicion of hacking into security company servers, the representation of a senior party in the real estate market suspected of stealing a database from a leading real estate company in Israel, and more.

The Firm is a leader in representing suspects and defendants in economic and white-collar offenses and has already represented senior executives and key figures in well-publicized financial portfolios. Its clients are, inter alia, lawyers, accountants, doctors, business people, company owners, and public figures.

The Firm is well experienced in handling investigations, hearing proceedings, and indictments before the Israel Securities Authority, the Competition and Antitrust Authority, the Tax and Economics Attorney’s Office, and the Tax Authority, and has already handled bribery, money laundering, fraud, and breach of trust, fictitious invoices, and tax evasion cases.

The Firm has extensive knowledge, experience, and success in representing petitioners in administrative petitions before the District Courts and submitting petitions to the High Court (Supreme Court) against State authorities’ conduct.

The Firm represents civil service seniors in disciplinary law issues, disciplinary investigations by the Civil Service Commission, disciplinary proceedings in the disciplinary tribunal of civil servants and local councils, and pre-dismissal hearings on suspicion of theft by an employer, sexual harassment, and other disciplinary offenses.

Over time, the Firm has represented legal advisers to government authorities, senior staff, police officers, prison service personnel, military officers, doctors, and pharmacists in proceedings before the Ministry of Health.