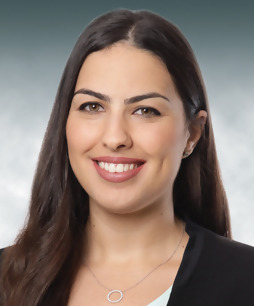 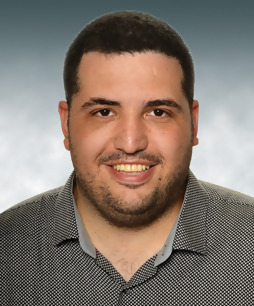 Moshe Mizrahi, Noach, Kriegel is a boutique firm specializing in tax law that is considered one of Israel's leading firms in representing clients vis-à-vis the Tax Authority. The Firm was founded in 2011 by Adv. and CPA Moshe Mizrahi, former General Counsel of the Israel Tax Authority; Adv. Eldad Noach, former Head of the Professional Department at the Israel Tax Authority, and Adv. Amit Kriegel, former Head of the Encouragement Law Department at the Israel Tax Authority. Bringing to bear the aggregate experience of the partners and their profound acquaintance with the tax system, the firm has acted on hundreds of tax cases involving drafting legal opinions, representation in assessment and challenge proceedings, pre-rulings, and litigation before the District Courts and the Supreme Court of Israel. The professional stature of the firm is easily demonstrated by the complexity of issues acted upon, which have often led to novel case law being handed down by the Supreme Court of Israel, effected the legislative process and the statements position issued by the Israel Tax Authority.

Adv. and CPA Moshe Mizrachi is the firm’s founding partner, and is widely regarded as one of the top tax attorneys in Israel. Adv. Mizrachi served as General Counsel of the Israel Tax Authority between 2004-2011, and before that served as Legal Advisor to the Customs and VAT Division and as Head of the Fiscal Department at the Jerusalem District Attorney’s Office (Civil and Criminal) Adv. Mizrachi’s profound acquaintance with the many facades of the law, and his unique, creative and in-depth vision are expressed when representing clients vis-à-vis the tax authorities, presenting creative solutions in the civil and criminal fields, in addition to material cases that involve both fields, and in managing complex litigation cases. High ranking officials at the Israel Tax Authority recognize Adv. Mizrachi’s ability to exercise profound and balanced discretion, and in many instances Adv. Mizrachi is asked to provide a “second opinion” in consultation with colleagues regarding the preferred course of action for their clients.

Adv. Eldad Noach is a partner in the firm and has extensive knowledge and experience in a plethora of taxation issues. During formerly was Head of the Mergers and Divestitures Department (Structural Changes) of the Israel Tax Authority, and between 2007-2011 served as Head of the Professional Department, responsible for various divisions including structural changes, capital markets, employee stock options, and provident funds. Bringing to bear Adv. Noach’s extensive knowledge in various areas of tax law and his in-depth acquaintance with the thought patterns and decision making processes that characterize the Israel Tax Authority, Adv. Noach has led innovative and pre-rulings with broad application in the area of structural changes (in connection with restructuring partnerships) and as counsel for the Association of Hedge Funds – in the area of investment funds.

Adv. Amit Kriegel is a partner in the firm and is among Israel’s leading tax attorneys. Adv. Kriegel formerly served as Head of the Capital Investment Encouragement Department at the Israel Tax Authority and as Legal Advisor to the Tax Assessor for Large Enterprises, to the Assessing Officer for the Central District and to the Real Estate Tax Office. Since the establishment of the firm, Adv. Kriegel has acted on a variety of complex legal issues, income tax, VAT and encouragement laws, in the framework of in-depth opinions that would influence the market’s conduct vis-à-vis the Israel Tax Authority.

Income tax – taxation of corporations and individuals – We advise companies and individuals on all tax aspects, including transaction structuring for tax purposes on complex and unique transactions, in obtaining pre-rulings from the professional department, challenging and appealing assessments, and in providing legal opinions in various areas. Some of the opinions we have provided in the area of income tax have become guiding opinions, to such extent that the largest companies in the market, the large auditing firms and the auditors association used them to establish fundamental arguments pertaining to tax assessments.

Tax litigation – The firm is especially known for representing clients on appeal proceedings before the District Courts and the Supreme Court of Israel. We have acted on high-profile high-stakes cases that required thorough analysis both on the factual plane and on the legal plane, and have later become prominent and innovcative case law. In many instances the Israel Tax Authority was required to reexamine its position, and sometimes even the provisions of law, in the wake of the legal discussion.

Encouragement laws, incentives and research and development laws – The firm acts on all aspects of the various encouragement laws, including solutions to satisfy requirement criteria, and supporting requests for approval from the state authorities (the Innovation Authority, the Investments Center and more), tax benefits for research and development activities, tax benefits for rental buildings, and for renewable energy projects. Our encouragement laws practice is led Adv. Amit Kriegel, who was deeply involved with formulating the Israel Tax Authority’s policy in this area.

Structural changes (mergers, divestitures, and asset transfers) – The involvement in structural changes is intended to enable corporations operating within a group to organize the holding structure in order to reduce friction between the economic-legal considerations of the group’s structure and tax considerations in Israel and abroad. This practice is headed by Adv. Eldad Noach, who served as Head of the Mergers and Divestitures Department of the Israel Tax Authority and was one of the prominent figures outlining the Israel Tax Authority’s policy on the subject.

Tax offenses (criminal taxation) – The involvement in tax offenses includes reaching plea bargains and applying for forfeit. In recent years our firm has represented clients in high-profile cases asserting tax and white-collar offenses, in which Adv. Moshe Mizrahi has successfully formulated comprehensive arrangements leading to closure both on the criminal level and on the civil tax assessment level.

Value added tax – Our firm specializes in VAT. In recent years we have acted on high-profile cases related to provision of services to international groups operating abroad, to financial corporations on disputes related to determining profit tax, and to hotel and tourism companies involving unique VAT issues.

Excise tax – The firm advises leading fuel manufacturers, including biofuel, in obtaining production licenses, while providing legal opinions related to implementing the provisions of the Excise Tax Law and acting vis-à-vis the excise tax authorities. Our firm also maintains contact with policy makers at the Israel Tax Authority with respect to excise tax regulation and liability, and promoting legislative amendments in the area.

Taxation of non-profits and public institutions – We represent large non-profit organizations vis-à-vis the income tax and value added tax authorities, both for obtaining pre-ruling with respect to classification of the entity, in negotiating assessments and in the courts.