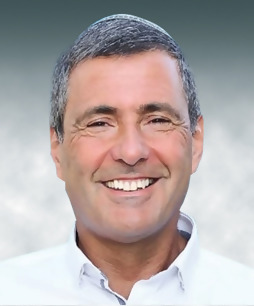 Mishab is a vigorous and determined entrepreneurial company, is involved in many new projects and provides advanced housing solutions throughout Israel. The Company was established in 1936 by the Histadrut Ha'Poel Ha'Mizrachi (General Federation of Labor of Religious Jews) as two contracting companies for the religious public- Mishkanot and Ha'Boneh. These companies merged in 1960 to form Mishab and to focus on providing housing solutions for the religious public, adapted to their lifestyle.

Mishab is especially proud of the construction of over 100,000 housing units, public areas, and business and commercial centers nationwide, among which are the Jerusalem Great Synagogue, Beit-Levinstein Hospital, Bar Ilan University, Yad Le’Banim, hotels, luxurious residential towers, etc.
Mishab holds the highest classification of contractors (C5) and focuses on the construction of housing units and neighborhoods and works together with Israel’s best construction companies.

Urban Renewal is the Future of Residential Construction
Mishab is one of the first real estate companies to identify the advantages, demand, and potential of urban renewal projects. In recent years, the Company has become a significant player in this field and accessed this field to improve the quality of life of thousands of families in city centers and to add to the supply of new housing units in the most desirable locations in which there are no land reserves for new construction. To date, the Company has delivered over 500 new housing units to families as part of urban renewal projects.
In addition, the Company is now promoting many new urban renewal projects, that will offer hundreds of housing units now in various stages of planning, in Tel Aviv, Jerusalem, Givatayim, Ramat Gan, Rishon Le’Zion, Holon, Kiryat Ono, Herzliya, Haifa, Gedera and more.

How Has Mishab Succeeded in Leading the Urban Renewal Field? Pioneering and Personal Attention to Each Tenant!
As a leading company in the field, Mishab has initiated many evacuation-reconstruction and TAMA 38 projects throughout the country and has been active in this field since the beginning of the last decade. Mishab’s managers and employees consider the tenant a central asset in the urban renewal process, and therefore the Company is careful to provide a value-sensitive service to the tenant’s needs, with ongoing guidance along the way. The service provided by Mishab, includes, inter alia, an accessible and immediate response to any request, protection of the tenant’s rights, and financial backing that provides security and assistance. All this, along with the extensive experience Mishab has accumulated over its 80 years of achievements, ensures that the best professionals and services people work with the tenant in the new home, in safety, efficiency, and professionalism.

Outstanding Projects in the Urban Renewal Field
• “Central Heights” in Givatayim – a prestigious residential complex within the framework of an evacuation reconstruction project on one of the last land reserves in the city, nearby the Diamond Exchange, Azrieli Mall, and Namir Road. The project offers four residential towers, with 518 housing units, as well as full environmental development, green gardens, bicycle paths, and a very high level of technical specifications.
• “Kiryat Ono Tzemarot” in Kiryat Ono – an evacuation reconstruction project in the heart of one of the more senior areas of Kiryat Ono, which is considered a high demand area. The complex offers seven residential buildings with 226 housing units, located close by educational institutions, shopping centers, and major traffic arteries. Stage 1 is populated, while Stage 2 is under construction, and marketing has begun.
• Ha’Banim Street in Ramat Gan – three residential buildings, within the framework of a TAMA 38/2 project, offering 113 housing units, on a sought-after street. The units are adapted to the needs of the local population, are carefully planned along with superb specifications and finish. The construction of the first two buildings has been completed, while Stage B is under construction.
Urban Renewal Projects in the Planning Stages (It’s Worth Waiting!)
• “Lev Ha’Moshava” in Gedera – an evacuation reconstruction project offering 240 new housing units, besides the existing 45. The project is in the Lev Ha’Moshava neighborhood and offers six buildings of eight stories each. The project is in advanced stages of planning, with 90% of the housing unit owners having signed the required agreements.
• Kiryat Moshe in Jerusalem – an evacuation reconstruction project that includes two residential buildings and 130 new housing units, besides the existing 32. The project is in the planning and promotion stages. The project is located close by the light rail and overlooks the Jerusalem Forest. Its central location, combined with the design, will create spacious, carefully planned housing units.
• 196 Ha’Roe Street in Ramat Gan (TAMA 38/2) – a permit has been issued.
• Hibat Zion Compound in Ramat Gan – Mishab’s flagship project involving the large-scale evacuation of 190 housing units and a ground floor commercial floor. The new project will offer 600 housing units a luxurious commercial center on the entrance level, with careful environmental and public planning that gives full attention to the welfare of the residents and their needs.

Other Projects
• “Mishkanot Nehalim” in Petah Tikva – Mishkanot Nehalim in the Hadar Ganim neighborhood of Petah Tikva in one of the most sought-after neighborhoods in Israel’s center and is geared for the religious public. The Company is building five residential buildings for a total of 303 housing units, reflecting the modern residential concept of Mishab in each of the design aspects.
• The “Mishkanot Park” project in Netanya – Over time, Mishab has built over 1,000 housing units in Netanya’s Kiryat Ha’Sharon neighborhood, with land reserves remaining for hundreds of more units in the neighborhood. The Company is now working on plans for two buildings with an additional 129 housing units.
• “Mishkanot Elkanah” in Elkanah – a residential complex with 106 new housing units is now being built. The units are adapted to the demands of the local population and have a high level of specification and finish.
• “Mishkanot Oranim” in Ma’alot – a residential complex with ten buildings and 132 housing units in the new “Oranim” neighborhood. Ma’alot is considered one of the most beautiful cities in Israel. The project is in advanced stages of construction.
• “David Marcus” in Haifa – a boutique project in the desirable French Carmel neighborhood of Haifa. The project will offer 44 housing units that will be built to the highest of standards. The project is now being marketed.a 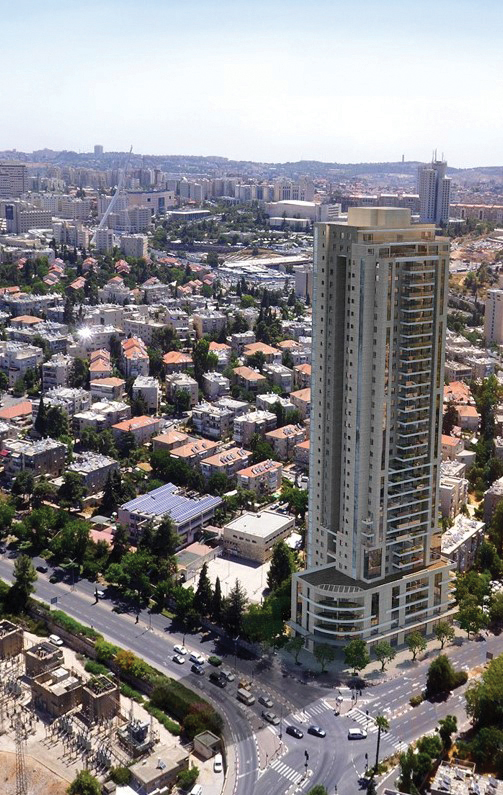 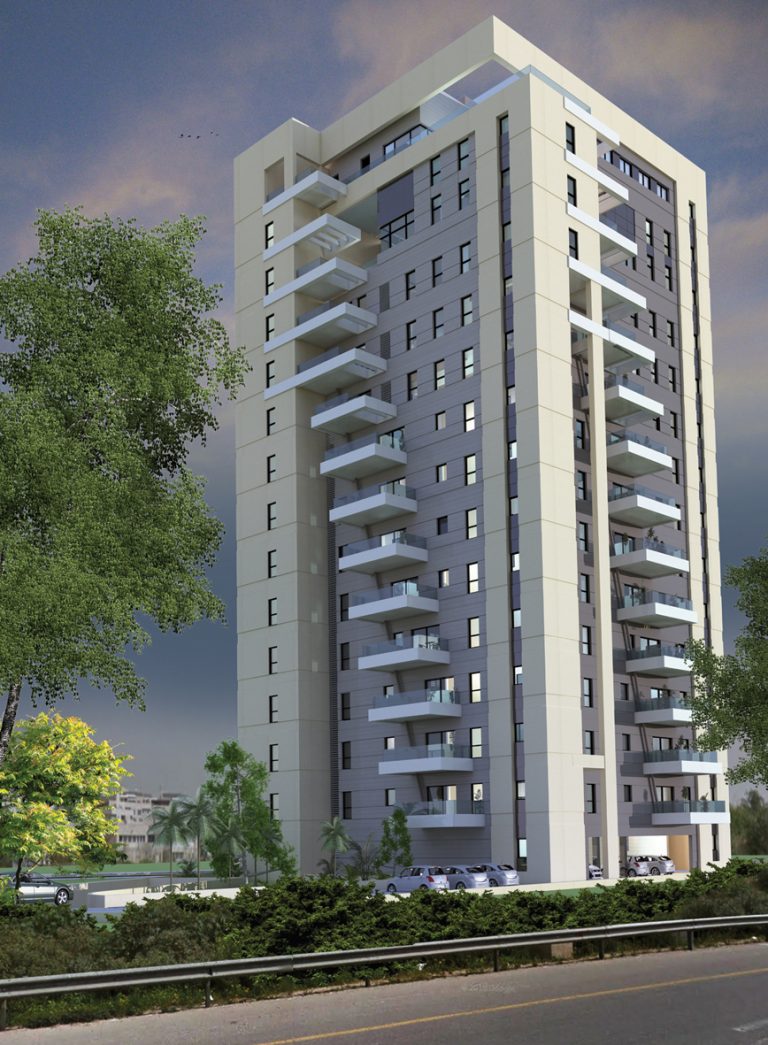 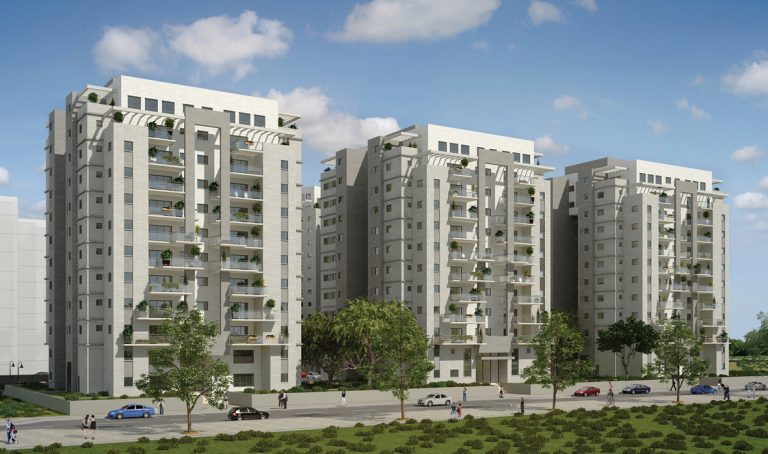