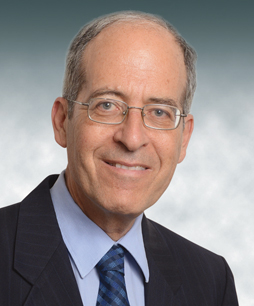 The Firm of Miron, Bension & Prywes, Advocates and Notaries, is among Israel's leading boutique offices in real estate, planning and construction, administrative law, with an emphasis on civil and commercial litigation. In addition, the Firm deals with class actions. The combination of these areas adds to the added value that the Firm's clients benefit from, as the Firm visualizes the transaction comprehensively and intensively, with an understanding of the full range of the issue's aspects.

About the Firm
Founded in 1950, the Firm has been involved in many of Israel’s most complex and prominent transactions. The Firm offers reliable, discreet, dedicated, and professional service. These unique points place the Firm at the forefront of Israeli law firms.
The Firm has gained extensive experience in diverse fields over its six decades of service in the fields of commercial, civil and public law, and its legal achievements over the years are interwoven with the advancement of the Israeli legal world.
The Firm has embraced the values of integrity, professionalism, creativity, thoroughness, and uncompromising dedication to its clients and their careers. The Firm is noted for its unique combination of personal attitude, extensive experience and an in-depth understanding of the law, together with its active and dedicated service.
The Firm provides services to a wide range of leading private and business clients in Israel and around the world, including prominent commercial companies, real estate companies, investment bodies and a variety of registered associations, agricultural cooperatives, and public associations.
In addition, the Firm is also considered a leader in providing services to the national-religious and the ultra-Orthodox sectors, in Israel and around the world, drawing on its deep and unique understanding of Jewish law and practice.
The Firm’s human capital is mostly based on the interns who developed in-house, and now impart the Firm’s intimate and unique character, the values that have led the Firm throughout its years, to the younger professional staff.
The nature of the Firm and its scope allows for a combination of personalized and dedicated service to each client, in a broad and varied range of fields.

Areas of Expertise
The Firm combines excellent litigation services with ongoing legal services. Thus, clients benefit from the full range of real estate and commercial services, including contracts, corporations, class actions, inheritances, and wills, all under one roof. The Firm also deals with administrative matters, including petitions to the High Court and the administrative courts on issues that have an interface between the real estate field and the administrative field.
Among the Firm’s areas of expertise are – support for large projects in various planning and construction projects, building and banking agreements, urban renewal (evacuation-reconstruction and TAMA 38 projects in all aspects), combination transactions, etc.
The Firm also deals with complex civil, economic and commercial litigation issues, including complex arbitration cases, and substantial commercial litigation.
The Firm also provides professional services in a range of aspects of corporate law (limited companies, non-profit companies, partnerships, and registered associations), from the founding stages, on through insolvency and liquidation law. The Firm also advises public and statutory bodies in the civilian sector, and municipal corporations. Recently, the Firm has also expanded into class actions.
In addition, the Firm advises evacuation – reconstruction and TAMA 38 projects, both as representatives of the homeowners and as advocates for the developers. In this context, the Firm provides help in analyzing proposals that will be prepared by developers, assist in completing commercial negotiations and formulate agreements with the homeowner representatives, preparation of contracts with the developer (including legal guidance on the specification details by a consultant on behalf of the current homeowners), advising the homeowners up to contract signing, advise on taxation issues involving the current homeowners.

Pro Bono Work
The Firm values its pro bono work and counsels many organizations, registered associations and public bodies, free of charge or after symbolic consideration.
Legal Precedents
Throughout its 65 years of professional work, the Firm has been instrumental in creating many significant and unique precedents in various areas of law (administrative law, arbitration law, property law, real estate tax law) and more, precedents on complex and innovative issues that also had economic implications of over NIS 1 billion (such as the disengagement from the Gaza Area), and many economic precedents in liquidation and insolvency law, which were often considered unprecedented successes in Israeli liquidation law. Also, a critical judgment may be noted in administrative law, which resulted in the cancellation of specific clauses in the law, and other precedent judgments.

Advocate Itzchak Miron
Advocate Itzchak Miron, the Firm’s managing partner, specializes in civil and commercial litigation and is an expert in complex real estate transactions. Advocate Miron serves as legal advisor in matters related to planning and construction, including consulting with planning authorities in the handling of various city building plans, municipal economic corporations, as well as statutory bodies. Previously, he was a member of the Gabbai Committee, following which property tax was eliminated. He has also served as a consultant for various projects in real estate, tourism, various apartment hotels located in Haifa, Herzliya, Netanya, and Tel Aviv and has also been involved in various land improvement and evacuation – reconstruction projects.
Advocate Miron has been personally involved in the most significant financial litigation cases in Israel in recent years, as has recorded many precedents in many areas of law, including legal proceedings, arbitrations, liquidations, trusts and more.
Advocate Miron is also active in various public issues and has served of Head of the Israel Bar’s Disciplinary Committee.
As part of the Firm’s pro bono work, Advocate Miron also provides legal advice in the field of legislation on the core issues of the State of Israel. In addition, he has also taken part in several political coalition negotiations.
Advocate Miron serves as an arbitrator and mediator, and specializes, inter alia, in resolving sensitive disputes.