Construction and Operation of the National Natural Gas Transmission System 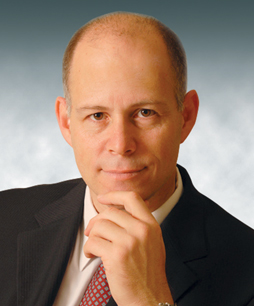 Israel Natural Gas Lines Ltd. ("INGL") is a government-owned corporation, established in 2003 for the construction and operation of the national natural gas transmission system. In 2004, the Minister of Energy awarded INGL a license for said purposes for 30 years, pursuant to the Natural Gas Sector Law. This project is of extreme importance for Israel from two standpoints - its impact on Israel's economy and industry, and its contribution to improvement of environmental quality and reduction of air pollution. INGL adheres to stringent international standards in its construction and operations and makes use of sophisticated logistics tools, advanced technologies and a wide range of international and local contractors and professional consultants. INGL and its 140 employees are involved in planning, engineering, construction, operations, maintenance, safety, security, treasury, business development, legal and administrative issues.

Significant Savings for the Economy and Cleaner Air – The natural gas that INGL transports is today considered one of the cheapest and economical energy sources available to the Israeli economy, and its use significantly reduces the costs of generating electricity and energy for industrial needs. From its establishment to the present, INGL has invested more than NIS 7 billion in the system’s construction. Furthermore, the Israeli economy has saved NIS billions each year due to the usage of natural gas. The energy generated from the gas is cleaner compared to energy generated from other fuels such as diesel and fuel oil since during the process fewer pollutants and less greenhouse gas are emitted into the air.

INGL Strives to Develop the Natural Gas Economy – Following the discovery of significant volumes of natural gas resources off the coast of Israel, the demand for electricity generation based on natural gas, and gas sector development, has expanded. It is expected that the share of natural gas in the fuels for electricity generation will reach 70% in the coming years. INGL continues to develop the natural gas sector, increasing the reliability and advantages of the national transmission system, to ensure a regular supply of gas to its customers. INGL is working on the construction of new gas transmission systems and facilities, involving significant investments, including doubling pipelines in the North and the South, and constructing additional export lines, as well as an offshore pipeline (near Dor Beach), which will enable the connection of other gas suppliers directly to the transmission system.

The Marine Buoy Project for Natural Gas Reception – In January 2013, INGL first used the marine buoy for natural gas reception from LNG re-gasification vessels. The decision to construct the buoy was made by the Minister of Energy in May 2011, to bridge the temporary shortage of natural gas created by the gap caused by the depletion of existing reservoirs and damage to the gas supply from Egypt until the arrival of gas from the Tamar reservoir. The buoy gives the national transmission system the ability to import LNG into the country and is another gateway, which increases Israel’s energy security. Moreover, INGL is considering additional projects to develop the natural gas economy and improve the reliability and redundancy of the gas system, with an emphasis on the storage of natural gas for operational uses and emergency purposes.

Construction of Facilities from an Ecological Standpoint and the Principles of Sustainable Development – INGL is proud of its achievements in terms of sustainable development while making wise use of resources and technologies that enable landscape restoration and nurturing of the system areas, naturally and quickly. INGL operates within guidelines established for the restoration of the environment, doing research on the area with professionals and with environment-oriented organizations, preliminary testing to locate antiquities, defining access routes, taking into account the environmental flora and fauna, stabilizing water channels, rehabilitation and care after construction, as well as other activities with the cooperation of the Jewish National Fund, the Nature and Parks Authority and local authorities.

Bond Issuance and Credit Ratings – On May 30, 2018, INGL issued a Prospectus for the listing of its Series D bonds and became a “reporting company” on the Tel Aviv Stock Exchange Main List as of June 7, 2018. The Company is ranked by Maalot Standard & Poor’s rating company at ilAA +/Stable, while the Company’s bonds are rated by Ma’alot at ilAA+ and by Midroog at Aa1.il, with a “stable horizon” outlook.

INGL Looks to the Future – INGL is a relatively young company, and from its inception has succeeded in making significant changes in Israel’s energy economy. Through its vision and professional staff, it has established a national transmission infrastructure to deliver gas throughout the country. INGL continues to look forward with the belief that natural gas will contribute to the Israeli economy and provide cleaner air for its people.