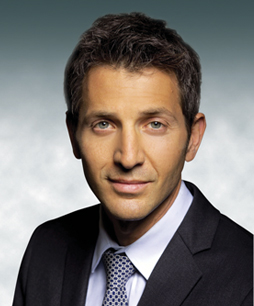 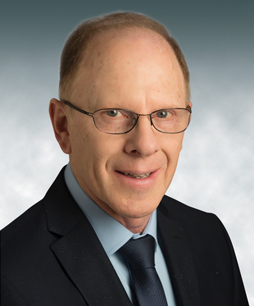 The Mercantile Discount Bank Ltd. is one of Israel's seven largest banks. In 2016, the Bank was rated third in terms of return on equity, sixth in terms of the number of branches and seventh in terms of total assets and shareholders' equity. The Bank has 78 branches nationwide, from Tarshicha in the North to Dimona in the South.

Mercantile Discount Bank provides services to private individuals and household customers, as well as to small, middle-market and large business customers. The Bank offers its customers a broad and diverse array of services in the credit, deposit and securities operations areas, as well as in related services, such as: foreign trade, securities and foreign currency dealing room services, etc.
Concurrently with a face to face, professional and personal service, the Bank offers customers the possibility of transacting banking business independently by means of on-line channels, in a user friendly and  convenient manner: an Internet website and an application using leading technology for obtaining information and transacting banking business at any time and at any place, advanced automatic teller machines also allowing banking operations and provision of information. In addition, the Bank offers services by means of a human and vocal call-centers, which allow customers to transact business and receive information without having to visit the Bank branch.
By means of these on-line channels, customers are able to manage their accounts in a simple and efficient manner, save time and enjoy reduced service fees, subject to the account management terms.
These services include diverse credit operations in all linkage segments – shekel, CPI and foreign currency linked credit lines as well as foreign trade and currency services through professional departments at the Bank that maintain broad relations with foreign-based banks. The Bank also offers its customers mortgage loans through mortgage centers that are located in various branches.

In the business field, the Bank specializes in providing services and banking products adapted to the full range of businesses, from small businesses to large commercial and corporate businesses in all economic sectors.
In the last decade, the Bank developed, in conjunction with relevant Government agencies, high specialization in the granting of credit to small and middle-market businesses backed by government funds supporting business enterprises. During this period, the Bank was successful in tenders of the Accountant General for the granting of loans to small and middle-market businesses, and in 2016, together with "Amitim Pension Fund", was successful in the tender of the Accountant General for the operation of a loan fund for small and middle-market businesses secured by Government guarantee. The Bank comprises a significant participant in the Israeli market for the financing of small and middle-market businesses. Furthermore, about two years ago, in cooperation with the Manufacturers Association of Israel, the Bank established a fund granting long-term loans to members of the Association for the renovation and purchase of equipment and production lines, thus upgrading industry and increasing manufacturing capacity and competition.
The Bank operates three business divisions – a retail division and a commercial banking division, conducting credit and deposit operations for customers of the Bank and a finance division which is responsible for the management of all financial risks at the Bank, the "nostro" investments of the Bank, deposits of public, dealing rooms and all banking operations with foreign-based banks.
As a long standing member of the Tel Aviv Stock Exchange, the Bank provides its customers diverse securities services through a broad layout of consultants at the Bank’s branches and by means of investment consultation centers and dealing rooms. Furthermore, the Bank maintains worldwide contacts with brokers, enabling customers to trade in foreign capital markets.

The Bank markets credit cards issued by the Visa/CAL and Diners Club groups and offers its credit card holder customers benefits under loyalty schemes at a variety of commercial and service trading houses.

The Bank maintains varied and fruitful relations with the communities which it serves, and within this framework the Bank and its employees are active nationwide for the benefit of the community.
Over and above the activity of the Bank in the general sector through its nationwide chain of branches, the Bank specializes in two target sectors, the Arab sector and the ultra-orthodox (Haredi) sector, where it operates through designated branches and professional units.

Over time, the Bank has developed a special business relationship and specialization in developing products and niche services for Israel’s Arab sector. Today, Mercantile Bank has a leading position in this sector in Northern Israel, with thirty-six branches in Arab cities and population centers, operated by skilled and professional staff at all levels, as well as some ten branches operating in the vicinity of Arab population centers (among which: Ramla, Jaffa, Meitar, Acre and Kfar Tabor).

The Bank specializes in developing products and providing niche services to this sector. The Bank operates a designated unit serving hundreds of associations and organizations belonging to the Haredi Sector. At present, the Bank has ten branches operating in centers of the Haredi Sector in Jerusalem, Bnei-Braq, Ashdod and in other Haredi cities. With this sector in mind, the Bank operates its branches during working hours that are convenient for this sector, such as being open on Thursday evenings, until 21:00.

The Bank’s plans for the future include the continuation of broadening its involvement in the retail sector and in the small and middle-market businesses sectors, while expanding its operations in the target sectors and increasing its operations in the credit field with the continuing effort of attracting new customers. The Bank is taking steps to improve both the services and the service experience of customers in all communication channels both frontal and digital.

At the same time, the Bank continues its efficiency operations, including the transfer of operations to the "expert center", where all operating activity for all branches is concentrated. This allows the Bank to divert most of the resources at the branches to the work with customers, amplifying the customer service experience, as well as to sales and marketing operations.

In addition, the Bank plans to focus on the development of further capabilities as regards the on-line sevices, focusing on innovative and leading applications, advanced telephone services, and more, with the aim of enabling customers to transact banking operations in a convenient, friendly and advanced manner, in accordance with their personal needs and preferences.