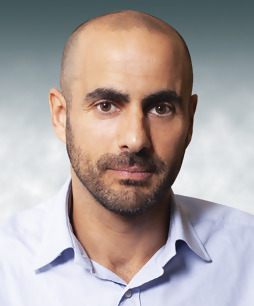 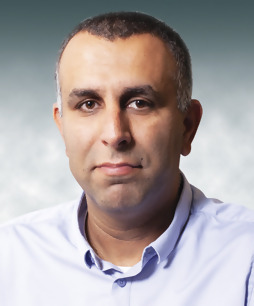 The Gazit-Bakal Law Firm was established in 2014 by Attorneys Eliram Bakal and Oded Gazit to specialize in complex litigation cases, said after the two Founding Partners had gained experience practicing law for many years with Israel's best litigation firms. Since its opening, the Firm has represented an extensive and diverse line of public figures, business leaders, companies and organizations in Israel, alongside international companies operating in the country.

The Firm’s staff is familiar with a wide range of legal specialties, enabling it to provide a thorough and in-depth representation of each client, especially in cases requiring unconventional treatment. Past clients include public figures and businessmen, including: Shahar Ayalon, former Chief Executive Officer of Israel Rail, Yinon Magal, former Member of the Israel Knesset, Niso Shaham, former Jerusalem Police Chief, Avi Elkabetz, the Mayor of Afula; Zvika Rabin, a player active in the capital markets, Shmuel Mualem, CEO of Meuhedet Health Maintenance Organization, as well as Yair Lapid and Benny Gantz, both Members of the Israel Knesset, in Benny Gantz’s appeal to the Attorney General in the leak of unauthorized access by Iran, of his cellphone.

The Firm’s Partners are Personally Involved in Each Case
The Firm’s unique work methods include the personal involvement by Bakal and Gazit, the two Co-Founding Partners in all cases handled by the Firm, utilizing the best of their shared and cumulative experience and bringing it to fruition in all cases managed by the Firm. Because of the nature of the professional services involved, the Firm is careful to accept a limited number of cases so that the cases that are accepted, receive the best of professional and dedicated service.

Practice Fields
Administrative Litigation
Since its inception, the Firm has handled a variety of court and arbitration proceedings, especially dealing with administrative litigation issues, requiring appearances at the Supreme Court, in administrative petitions in the various district courts, as well as regular consulting for companies working with various authorities throughout the country. The Firm is a permanent legal advisor for the Yesh Atid political party, which the Firm has worked with on national and local elections, as well as for the Blue and White political party for which the Firm worked on three election campaigns. Among the issues dealt with by the Firm – Freedom of Information Law petitions, High Court petitions on constitutional issues, appeals to the Central Election Commission on Propaganda and Electoral Law, disputes between companies and local authorities. petitions on tenders, and more.

Corporate and Contract Litigation
Another key practice area is civil litigation, with an emphasis on complex corporate and contract litigation and shareholder disputes. The Firm has represented Shapir, Partner, Hashavshevet, Bio Direct, Union Media, Orhitec GIS, as well as international companies operating in Israel, such as Keyrus SA (a French Public Company).

White-Collar Cases
The Firm has also participated in the representation of defendants in some of Israel’s most significant “white collar” cases – former Ministers of the Israel Knesset -Tzachi Hanegbi, Avigdor Lieberman; and Avraham Hirschson; Attorney Jacob Weinroth; Israel Perry, Moshe Pereg, Joseph Grinfeld and many others. Today, the Firm accepts a limited number of criminal cases, mainly in economic areas (antitrust and securities law), which it accompanies from the investigation phase, onward to the hearing process, and finally to court case management.

Attorney Eliram Bakal, Founding Partner
Attorney Bakal holds an LL.B. in Law and Economics and an LL.M. from Bar-Ilan University. During his studies, he worked in the aerospace industry in the field of intellectual property and innovation. Attorney Bakal specialized and worked for several years as a lawyer at the Dr. J. Weinroth Law Office. He then served for several years as a partner at Boaz Ben Tzur & Co. Attorney Bakal specializes in commercial, corporate and administrative litigation, and has also been involved in leading “white-collar” cases.
Among clients and cases he has handled are businessmen Amir Adler and Ilan Fadlon, in their dispute with their partner Shay Livnat; Naftali Shani in various proceedings relating to Emblaze; Dov Goldstein, a businessman, as well as public companies in the field of infrastructure and engineering (such as Shafir, Electra and Intel) and private companies operating in the municipal field (such as Orhitec GIS and Maya). Attorney Bakal has also represented many non-profit organizations in critical cases before the High Court of Justice. ([email protected])

Attorney Oded Gazit, Founding Partner
Attorney Gazit folds an LL.B. (with distinction) from the Hebrew University. During his academic studies, he practiced for Attorney Yair Golan, as well as the Belter-Gut-Aloni Law Office and with Attorney Arnon Darel (now a District Court Judge in Jerusalem). During his studies and afterward, Attorney Gazit served as a teaching assistant at the Hebrew University.
His internship was at the Dr. J. Weinroth Law Office. Afterward, he practiced as a salaried attorney and later as a partner with the Late Dr. J. Weinroth. Attorney Gazit specialized in complex white-collar cases. He was active in major criminal cases, including those of Ministers Avigdor Lieberman and Tzachi Hanegbi, as well as in the criminal case of Attorney Weinroth himself. Attorney Gazit has also represented Yinon Magal, a former Member of the Israel Knesset, and Avi Elkabetz, a former Mayor of Afula in cases which were closed without any writ of indictment. Attorney Gazit has also represented defendants in the Israel Beitenu and the Holy land bribery cases, defendants in antitrust cases such as “Holocaust Poland Cartel” and “Tree Pruning Cartel”; defendants for securities offenses in the Melisron case, and the RGR case. In addition, Attorney Gazit counsels for complex civil and administrative litigation cases.
In recent years, Attorney Gazit has volunteered at the Public Defender’s Innocence Project. ([email protected])