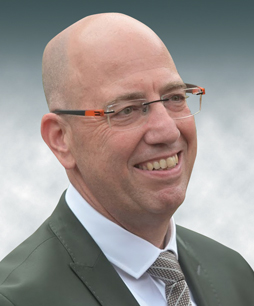 Dlayahu Ronen & Co., Advocates & Notaries, was founded in 1995 by Advocate Dr. Ronen Dlayahu, the Firm's Senior Partner. The Firm has for many years been recognized as one of Israel's leading law firms in the field of family law and inheritances.

The Firm handles family and inheritance cases, personal status and real estate issues. In addition, the Firm provides arbitration services, family mediation services, and uncontested divorces. The Firm has scored significant legal success in the courts, with precedents in various fields, as rendered by the Supreme Court. The Firm represents clients from the initial legal stages, through choosing a strategy for the case and up to eventual legal settlement, including representation before various judicial tribunals (including the family courts, rabbinical courts, District Court Appeals, Supreme Court and High Court Appeals), preparation of the legal stance as applicable, drafting of agreements and various issues with government authorities.

The Firm maintains working relationships with professionals and experts in its fields of specialty including private investigators, social workers, psychologists, real estate appraisers, financial experts, actuaries, etc., all to ensure the best interests of the client, which is paramount to the Firm’s legal work.

The Firm has been ranked for years among the top ten leading firms in its fields, both by Dun & Bradstreet and by BDI. In addition, the Firm has also been rated by the “Ma’ariv” newspaper as one of the leading firms in Israel in family law and inheritances.

Areas of Expertise
The Firm is active in a wide range of areas, such as wills, inheritances and estates, alimony and separation, parenting and custody of minors, property relations and financial claims, common law issues, marriage and divorce, and ways to settle a family dispute.

In the field of wills, inheritances and estates, the Firm provides legal services for will preparation, of wills, requests for probate, orders of succession, estate management, agreements between heirs and will probates.

In the field of parenting and the custody of minors, the Firm supports its clients also in matters of adoption, surrogacy, single-sex families, single-parent families, immigration with minors from abroad, the abduction of children internationally under The Hague Convention, joint custody and individual custody, guardianship in matters of minors, paternity suits and tissue analysis.

In the field of financial relations and financial claims, the Firm provides legal services on issues involving the “Ketuba” (in respect of Jewish Marriage Law), receiverships, family disputes regarding farms and ranches, valuations and goodwill of family companies, family taxation, family damage claims, dissolution and cooperation regarding real estate and chattels, actuarial balancing and the distribution of pension rights between spouses, the distribution of future human earnings capacity, prenuptial agreements and divorce agreements.

In the field of marriage and divorce, the Firm advises on matters of promise of marriage and its violation, prenuptial financial agreements, “common-law” agreements, claims of marriage impediments and illegitimacy, claims for matrimonial reconciliation, libel suits in the family, private investigations for divorce proceedings and the protection of privacy, divorce refusals and marriage dissolution between spouses who are not members of the same religion.

Advocate Dr. Ronen Dlayahu
Considered a litigator, arbitrator, and mediator with a strong reputation in his field. Holds multiple degrees – B.A., in political science and international relations from the Hebrew University of Jerusalem. LL.B. from Tel Aviv University, LL.M. from Bar Ilan University. His doctoral dissertation is entitled “Future Profitability and its Distribution between the Spouses”.

Advocate Dlayahu has also served on the Government of Israel’s Public Committee on the Re-Examination of the Adoption Law, headed by the Honorable District Judge (Retired) Yehoshua Gross.

Advocate Dlayahu, recognized as an authority in his field, also presented a weekly radio program on Radio Tel Aviv (102 FM). In 2014, he was recognized as Outstanding Member by the Israel Bar Association for his distinguished contribution to the development of learning and enrichment of family law in Israel.