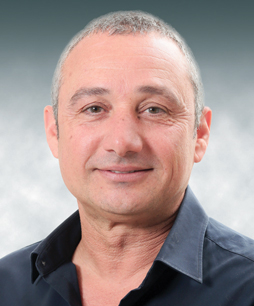 Azorim is active in many significant urban renewal projects throughout the country, including Herzliya, Netanya, Bat Yam, Haifa, and Givat Shmuel. In Bat Yam, Azorim is promoting a residential complex with 700 new apartments along with commercial and employment areas that will replace older "row housing complexes" ("railroad complexes") and older style housing projects. The Company has already seen success. Last summer, Azorim populated specific renewal projects that were just completed in Yehud - a project which saw the residents moved directly from the older apartments to the newer apartments.

To lead the urban renewal revolution, Azorim has recruited the best experts and visionaries of the industry, and with their help – and the tandem with the residents, who Azorim considers full partners – intends to realize its vision in full. Eventually, Azorim wants to harness its longstanding reputation and experience to the urban renewal field, where there are still many small developers that sometimes propose projects that eventually are not realized. According to Moshe Koren, Azorim’s VP of Business Development and Urban Renewal “We have established a separate division for urban renewal projects, with the goal of streamlining and exploiting Azorim’s professional capabilities and experience, while enabling appropriate systemic flexibility. The new division will be involved in evacuation-reconstruction projects, as well in TAMA 38 evacuation-reconstruction projects, and will specialize and serve the market, building on the knowledge and expertise of the entire Azorim Group”.
In Moshe Koren’s opinion, the choice of an urban renewal developer is critical, and the developer’s proposal must be examined in light of several categories before choosing the project developer. “In this field, we see hundreds of developers that have promoted many projects in recent years. Not necessarily will a small developer be an unsuccessful entrepreneur, but we continuously hear of complaints by the residents about developers who “promised the world” but eventually reneged on their promises, which in the best case delayed the project for a significant period, and at worst, even caused significant financial losses to the residents. Sometimes a lack of understanding by the residents, matched by a certain degree of elasticity by the small developer, leads to working with small and inexperienced developers. For a few extra square meters or promises that look good in a proposal, the residents eventually agree to a very significant contract with developers that are often not suitable for the expected size of the project. Eventually, and to our dismay, we see that this comes at the expense of the building residents. The residents must understand that the quality of the proposal does not rest solely on the extra space they receive, but rather vis-à-vis a weighting of several parameters, such as company quality, economic resilience, experience, seniority, quality of construction and as we have said – peace of mind, which is a factor that cannot be quantified. Small companies create insecurity, and a company such as Azorim radiates strength and security.”
As a leader in the urban renewal field, and with an understanding of the needs of residents, their desires and barriers, Azorim has developed an innovative and breakthrough reward model, that only a large, stable company with many available projects across the country can offer its customers: “evacuation-reward.”
The evacuation-reward program offers homeowners variety and flexibility in choosing the compensation, according to their needs and desires. The plan allows the homeowners to receive an independent appraiser’s estimate of the future value of the project, and based on this calculation; the residents are invited to choose the most suitable return plan: a smaller housing unit in the project and receipt of the value difference in cash, a housing unit in another Azorim project, an upgraded apartment in another Azorim project, plus a payment and more.
According to Moshe Koren, one can see how the residents are changing their opinions on urban renewal projects. “We see a welcome change in the residents’ behavior. They understand that they must work with proven professionals, and thus they turn to lawyers and supervisors as consultants. This is a lesson from past disappointments with many projects.
This change in the conduct of residents is undoubtedly justified and brings them to a point when they can make better decisions than those that they made in the past, regarding working with developers. In this manner a decision is made in an orderly, clear and transparent manner for the project residents, thus neutralizing the understandable concerns of residents who are not comfortable with such a complicated process, and also leads to the fact that the previously involved parties (brokers and dealers) exit the market, and the competition is moved over to large, stable companies such as Azorim.
According to Moshe Koren, Azorim enjoys the full cooperation of the local authorities to promote its plans, as it is a shared interest for all parties involved to expand the housing supply, improve the lives of the residents, renew old construction and create newer neighborhoods, with a higher quality of life for the residents. The facts show an increase in evacuation-reconstruction projects, but that is not enough, and the number of projects can grow significantly in cooperation with the municipalities. According to Moshe Koren, Azorim’s vision for the future regarding urban renewal is expanded activities. “We expect activity in urban renewal to become more intense, and will be guided mainly by the large and experienced companies. Azorim is already working on 26 evacuation-reconstruction projects, which are in various stages of development, and is working on the planning of over 10,000 housing units. We believe that Azorim will be among the companies that will lead the market in the future, also in the field of urban renewal”.
That Azorim is a large and leading residential company, together with its significant economic strength, enables it to offer a range of solutions to the residents’ diverse needs.
Koren adds, “Azorim is an established company that builds thousands of apartments each year, brings an orderly method of work with customer service, and of course, most importantly, the testimony of tens of thousands of satisfied buyers who have been served over the years.
The peace of mind that a company of this size can give to residents who undergo such a process – which is complex and continues for years from the moment of the first meeting until the moment of delivery of the keys cannot be fathomed.”