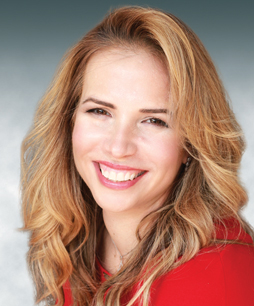 Adara Roth & Co. Law Office, established in 2002, is a boutique law firm specializing since its establishment in medical malpractice and serious bodily injury. Its uniqueness lies in the fact that it does not represent insurance companies and focuses solely on representing claimants that are victims of medical malpractice and severe bodily injuries. In this framework, the Firm also handles victims of road accidents, work accidents, and other accidents. The Firm has represented and currently represents some of Israel's largest and most complex tort claims and has been credited with many precedents, including in the Supreme Court. During the Firm's professional practice life, it has transferred to its clients' tens of millions of Shekels in compensation and is considered a leading firm in its areas of expertise.

Adv. Adara Roth – Founder of the Firm
Adara Roth holds an LL.B from Bar-Ilan University and is married with two sons. In 1997 she was called before the Israel Bar. She is also a graduate of advanced training courses in medicine for jurists and those holding a notarial license. She lectures in her field of expertise and takes part in legal panels on physical injury and medical malpractice.
Since her certification as a lawyer, she has specialized in these areas and has represented some of the largest claimants in Israel, some of which have received high acclaim in the various media.

Representation of Private Clients Only
At the beginning of her career, Adv. Roth represented mainly the various insurance companies, but 18 years ago ceased to act on behalf of the insurance companies and now represents only private claimants, vis-à-vis insurance companies. Thus, the Firm can offer its full commitment and dedication to its clients. The experience and expertise accumulated by the Firm’s staff are directed towards achieving the best results for the client.

Areas of the Firm’s Expertise
Medical Malpractice
The Firm has extensive professional experience in medical malpractice issues and is in close contact with medical experts in all medical fields, both in Israel and abroad.

Following are the Areas in Which the Firm has Handled and Currently Handles for its Clients, Who Were Injured Because of Medical Malpractice:
Malpractice in pregnancy and childbirth: Pregnancy is an exciting and hopeful period for the couple, but also filled with fears and hopes for a healthy and full fetus. The Firm has handled and currently handles many cases of medical malpractice during pregnancy and childbirth. For example, failure to carry out ultrasound tests (US) as required, tests that should carefully scan all parts of the fetus. These scans are sometimes carried out hastily and negligently, resulting in children with congenital malformations, which were not detected on time because of the medical malpractice of the examining physician.
Late diagnosis and faults in medical procedures: The Firm specializes in claims for late diagnosis of cancer, failure to carry out tests, delay in diagnosing, or ignoring complaints. Other claims handled by the Firm relate to medical malpractice during surgery and general surgery, gastrointestinal surgery, catheterization, heart and chest surgery, delayed diagnosis of strokes, aneurysms, etc.
In internal medicine, the Firm handles claims relating to delay in diagnosis, failure to timely identify infections and any incorrect dose of medication, medical malpractice by a family doctor following failure to order tests, non-referral to a specialist or no referrals for imaging testing, such as MRI, CT, or US.
Orthopedic negligence: The Firm deals with medical malpractice claims in orthopedics, inter alia, back surgery, and various orthopedic surgeries.
Plastic negligence: The Firm deals with medical malpractice issues in cosmetic surgery, plastic surgery for breast enlargement/reduction, nose surgery, abdominal surgery, liposuction, laser hair removal, tattoo removal, and scars.

Severe Physical Injuries
Since its establishment, the Firm has represented body and mind victims following road accidents, work accidents, and hazards. The Firm has significant experience representing personal severe injury claimants, both against insurance companies and the State of Israel, the National Insurance Institute, local authorities, health maintenance organizations, or any other claim arising from negligence or wrongdoing causing bodily injury. The Firm has the earned the most Court rulings in Israel in this field.

Insurance Claims
Experience shows that most policyholders do not receive the insurance coverage payouts they deserve from the insurance company, and because of various pretexts and excuses, the companies reject the insured’s claim to receive payment, following a loss of work ability.
Adara Roth’s Firm has accumulated considerable experience in dealing with insurance companies that “flex their muscles” and refuse to pay out insurance benefits to the insured parties, who have lost their ability to work. The Firm’s success rate also contributes to its cooperation with medical and occupational experts in all fields, to achieve optimal results for the client.

Personal Attention to Clients
Many clients who seek legal assistance because of medical malpractice or serious bodily injury sometimes come to the Firm office physically and mentally damaged. They are treated personally, the Firm’s lawyers are attentive to their plight, and Adv. Roth is personally involved in every case handled by the Firm. The attention afforded the client, along with professional excellence, have yielded exceptional achievements for the Firm’s clients.

Contributing to the Community
Adara Roth and her team understand the importance of providing to the community and helping the weaker populations. Based on this perspective, the Firm handles pro-bono cases. This is part of a worldview that every person deserves professional and representation. In addition, the Firm regularly assists the elderly and Holocaust survivors.